Around the fishing villages of Berlevåg and Kongsfjord there are many opportunities for varied and exciting outdoor activities. You can visit places and locations giving you strong insights into the harsh climate and the rugged nature of the Arctic coast. Nature and climate, in turn, have a strong impact on everyday life, culture and history of our region.
Here is a selection of suggestions: 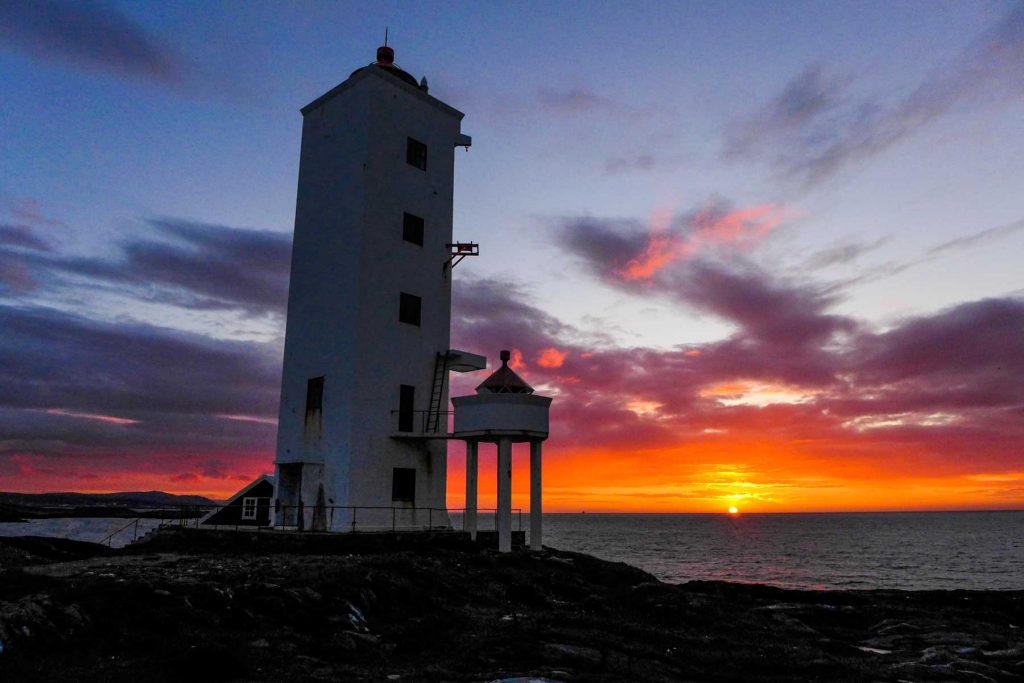 Berlevåg Harbourmuseum is a local museum with interesting collections and documentations on the issues of harbour construction, fishing, navigation, World War II and restoration.
The decades long battle against the enormous forces of the sea, while building mighty breakwaters to protect Berlevåg’s exposed harbor, is well documented by a 20-minutes video.
The restored barge “Berlevag II” is on display in a separate building called “Pramhuset”.

The heritage trail “Breakwater building in Berlevåg” starts right outside the harbourmuseum. While you are on a comfortable 5 kms walk you can learn about many interesting facts about the construction of Berlevåg’s two vital and strong Tetrapode-breakwaters. Some unusual terms like “Russevilla”, “Jernbanebrua”, “Mosquito molo” … will also get an explanation. Towards the end, the heritage trail passes by close to the “Pomorpark”. (see below)

Pomorpark is a little graveyard for 2 Russian fishermen, dated to around 1910. The fishermen were killed while doing fishing off Berlevåg. During the so-called “Pomor trading period” before the Russian revolution, there was active trading and socializing between the peoples of the northern Arctic coast.
Pomorpark is located about 800 m from Berlevåg Harbormuseum and close to Revnes breakwater and Berlevåg kai. 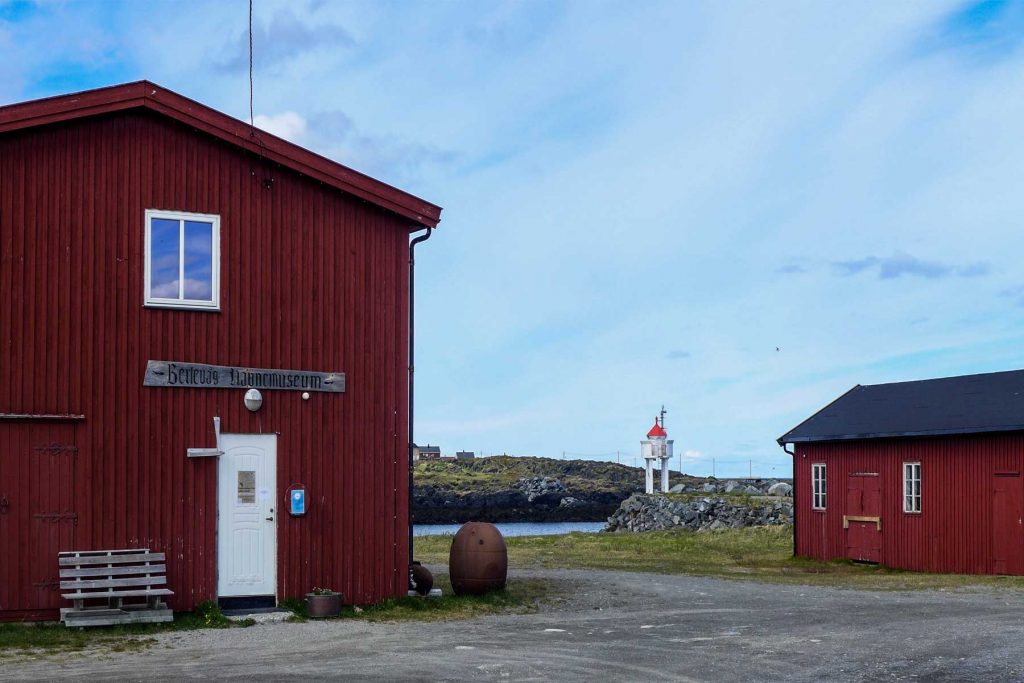 Visit the fishing port and “take the pulse of life” in a fishing village The wealth of the Barents Sea has always been the base of livelihood for the coastal population in the high north, so also in Berlevåg. Therefore, the harbor is the natural centre of a lively fishing village. Fishing boats come and go, and they supply the processing plants at the port with ocean-fresh fish or live king crab. Thousands of loudly screaming seagulls in the air and on the water are battling for their share of the delicacies from the sea. Go out and watch and listen and smell! But the port and the fishing village of Berlevåg had not existed today without the two mighty breakwaters protecting the harbour. They were completed in 1964 and 1974, after decades of hard battles against the tremendous forces of the sea. It is the 4-armed concrete blocks – called Tetrapods – which give the breakwaters their solid armour that effectively absorbs the waves energy. By 2016 the harbour was further sheltered with a new breakwater built with rock boulders on the west side of the inlet to the fishing port. Both ‘Svartoksmolo’ on the west and ‘Revnesmolo’ on the east side are walkable. Take a stroll there to admire maritime engineering, the midnight sun over an endless horizon and maybe a fishing boat or a Hurtigruten vessel heading towards a safe harbour. 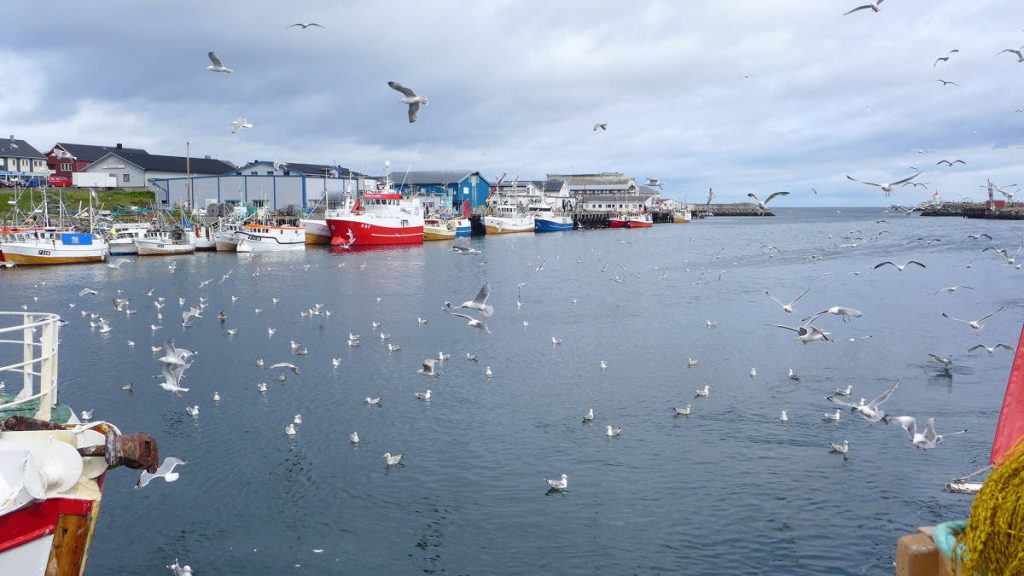 Tanahorn … is a distinct, 266 m high cliff located 9 km west of Berlevåg by the mouth of the Tanafjord. Tanahorn is the locals’ home-mountain’, offering fantastic views over the fishing grounds of the Barents Sea, across the long Tanafjord, over to the Nordkinn Peninsula, and the plateau landscape in the south. The mountain top is easily accessible by following the marked hiking trail of 4 kms, starting from the road to Store Molvik. Or as part of a varied coastal and mountain hike, making a nice 14 kms loop. 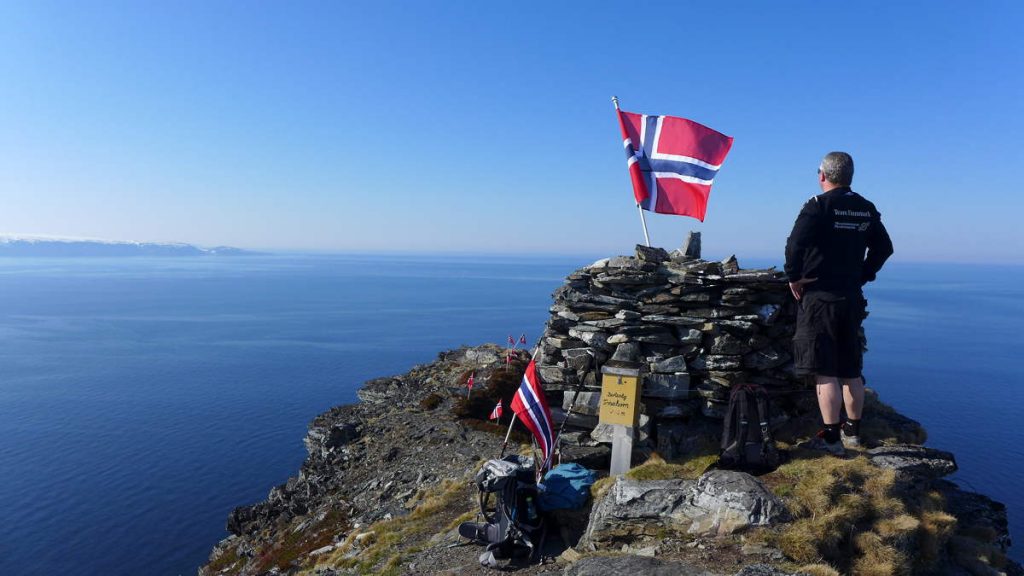 HOW TO TRAVEL TO BERLEVÅG?